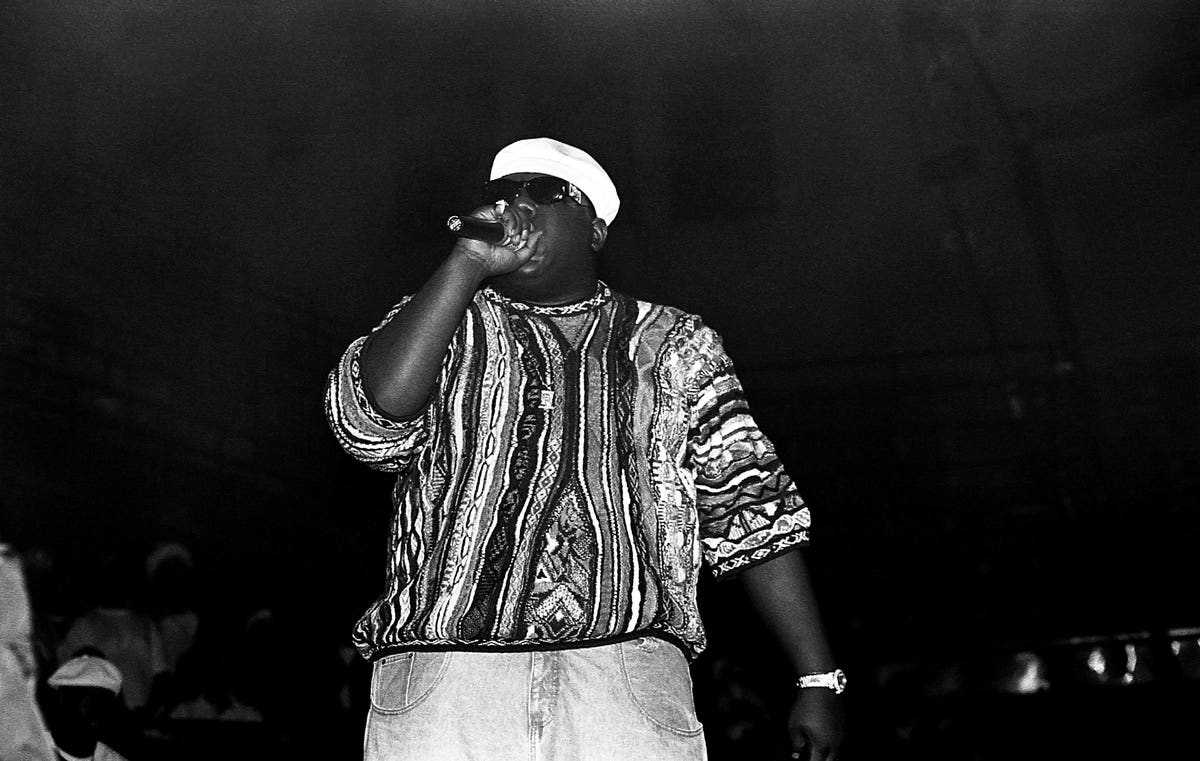 The Notorious BIG collection and the marketing of NFT campaigns

NFT platform OneOf has announced The Sky’s the Limit: The Notorious BIG NFT Collection will be released on July 26. The first NFT collection of its kind is produced in partnership with the Christopher Wallace estate.

The collection will aim to honor Notorious BIG as one of the most influential rappers of all time.

The collection will feature 3D avatars inspired by his life and work, and will include only the right for each NFT holder to collectively license audio from Biggie Smalls’ most famous freestyle, filmed on the corner of a street in Brooklyn when he was 17. the freestyle was never officially released or made available for other musicians to sample and use in their songs.

With the approval and oversight of the collective (and the estate), musicians will be able to license Smalls’ iconic freestyle and include it in their own recordings. The song may also be posted on music streaming sites with a “with The Notorious BIG” credit in the song title.

Backed by Quincy Jones and running on a proof-of-stake network, the OneOf platform is marketed as green because it uses 2 million times less energy than other platforms in the Web3 space. OneOf has partnerships and has so far held drops for Whitney Houston, Doja Cat, Sports Illustrated and The Grammy Awards.

“We named this collection ‘Sky’s The Limit’ because we believe this is a watershed moment in NFTs where trailblazing artists like Biggie and their truest fans can drive culture and drive value together. “said Joshua James, co-founder and COO of OneOf. “We’re thrilled to be working with The Christopher Wallace Estate to honor Biggie’s lasting legacy, in Web3 and beyond, and we have some amazing surprises for NFT holders along the way.”

“Biggie’s music is a very important part of hip-hop culture and its global impact,” said Voletta Wallace/Biggie Estate Director Wayne Barrow. “Our business partner, Elliot Osagie of Willingie Inc, came up with the idea to come together with OneOf to share the infamous freestyle that introduced the world to the icon Biggie would soon become through an NFT, and to share it with his fans in that way we’re sure would make him proud.

Marketing of NFT campaigns has been sporadic lately. At first there was hope for coverage in mainstream publications coupled with massive exposure on social media, it apparently became increasingly difficult to successfully publish collections. Partly because of the drastic decrease in the value of crypto lately.

Web3 Rocket Now Marketing Agency prides itself on finding robust and influential ways to market any Web3 project, even in today’s market.

“We run real marketing campaigns with real, tangible results for our clients, and often operate as ‘partners’ with clients to guide them through each phase to success. Said Josh James, Founder and CEO of Rocket Now (a different Josh James than the one above).

“Our goal is to work directly with marketing departments and other marketers to drive big, tangible results, with a high return on investment.”

“After more than 15 years of successful marketing combined with daily hours of work and working with other top marketers in the industry, we have found a way to success.”

The company’s management team outside of James is rounded out by Asmat Ullah, co-founder and CSO/director of NFT Search, and Hochang Kwon (OJ), who is COO and director of blockchain marketing at Rocket Now.

Asmat Ullah also co-founded an advanced digital platform for tourism. The technology, called Bestoftci, was created with Turks and Caicos entrepreneur Nathaniel Handfield and makes it easier for travelers to discover and navigate the Turks and Caicos Islands.

As for notable drops, such as the upcoming Notorious BIG collection, Kwon said the days of one name being enough when it comes to NFT releases are over, and the reduction is based on penetrating marketing channels. .

“Before, you could just say a name and NFT and people would gravitate towards it in droves. The mainstream media would pick it up and sell it transparently. NFTs were new and exciting, and because people didn’t fully understand them, there was a lot of movement in the space. Kwon said.

He added: “Now, due to the state of the market, people’s growth in understanding the industry and the current fear of losing money on a web3 bet, there has to be an explanation, a strategy and something unique about the drop.”

“There’s something unique about this Biggie collection, which certainly helps, for example. But some just go to market with a celebrity name and a prayer and often it doesn’t work out.

With Web3 being closely tied to crypto in more ways than one, the market continues to dictate the level of buy-in for people in the industry. Like the dot-com boom, companies that survive the region’s crisis and proof-of-concept phases could thrive. Marketing in this regard will always be part of the cake.