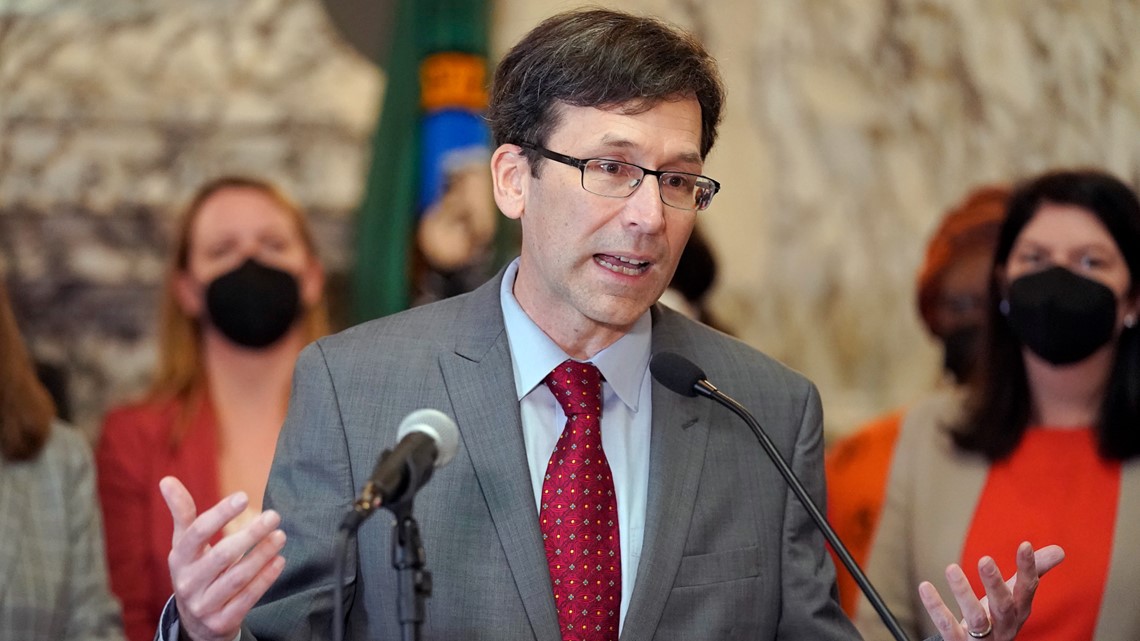 A group of at least 39 Washington residents owe the company more than $1 million, according to the attorney general’s office.

SEATTLE (Reuters) – Washington Attorney General Bob Ferguson filed a lawsuit on Wednesday accusing a South Carolina-based company of offering a predatory training program to defraud Washington citizens into paying up to to $30,000 for online video lessons.

Ferguson said in a lawsuit that Prehired LLC told potential clients, “We guarantee you a job offer over $60,000 (from a technology company YOU choose).” The lawsuit, filed in King County Superior Court, called Prehired’s marketing claims misleading, proven to be a lie and illegal.

There is evidence of at least 39 Washingtonians under contract with Prehired, with the group owing the company more than $1 million, according to the attorney general’s office. The exact number of citizens involved in the alleged scam is not known at the time.

“The people of Washington have forked over tens of thousands of dollars in hard-earned money based on [Prehired CEO] Joshua Jordan’s lies,” Ferguson said. “I intend to make sure that Jordan and his company do not prey on anyone else. I will fight to get his victims reimbursed and help them get out of these illegal contracts.

Prehired, operating online since May 2017 as a “technology sales bootcamp”, offers online software sales training that lasts six to 12 weeks as well as access to internal mentors to help them find a job. employment, according to the lawsuit.

Instead, Ferguson said the course consisted of 15 hours of videos of Jordan teaching people how to start a “six figure career”. In the videos, Jordan said his program-prepared students, including people with high school diplomas or GEDs and no sales experience, could land jobs with a starting salary of at least $69,000. $, but Ferguson disputed the claims. Starting salary reflects industry standards for sa softwareIes but not of Prehired’s ability to get a higher salary for anyone, Ferguson said.

Prehired said 90% of its students find jobs, not mentioning that clients must apply for 20 or more jobs a week or risk voiding the job guarantee, according to the lawsuit. Ferguson said the 90% figure does not include students who left the program early or were withdrawn, which maintains Prehired’s “extremely high percentage.”

Ferguson said if students don’t adhere to a ‘code of conduct’, including not disparaging the company and returning company communications within two business days, they could be removed from the Prehired program and still be charged full price.

The company is accused of tricking its students into paying between $5,000 and $15,000 for training and membership up front or entering into a ‘revenue sharing agreement’ to pay up to $30 000 dollars for eight years if they have a job. The income agreement imposed on students a rate of 12.5% ​​of their gross income, according to the lawsuit.

The Attorney General’s office estimates that most people funded up to $30,000 over eight years.

The company’s contract would have required students who left the course after a week of training to still pay up to $30,000, regardless of job prospects.

After racking up massive debts through the program, Prehired has been accused of using aggressive collection techniques, including lawsuits and forced arbitration, to obtain money from clients.

The owner of Prehired sued nearly 300 students across the country in an attempt to collect the millions owed, before attempting to force people into private arbitration.

Ferguson’s office sent the company a cease-and-desist letter to stop collecting the Washingtonians’ debt, but he said Jordan had not responded “satisfactorily” to the letter.

The attorney general’s office filed a preliminary injunction seeking to immediately restrain Jordan and Prehired from operating in Washington during the trial.

The Consumer Protection Act allows the Attorney General to seek up to $7,500 for each violation, in addition to restitution, costs, costs and civil penalties.

A spokesperson for Prehired said the company disputes the charges.

The Attorney General’s Office has asked people who have paid for online training courses with Prehired to file a complaint here.

LOOK: Playlist of the best KING 5 stories on YouTube

Product Marketing through the Science of Decision Making

8 Alternatives to Skillshare for Online Courses