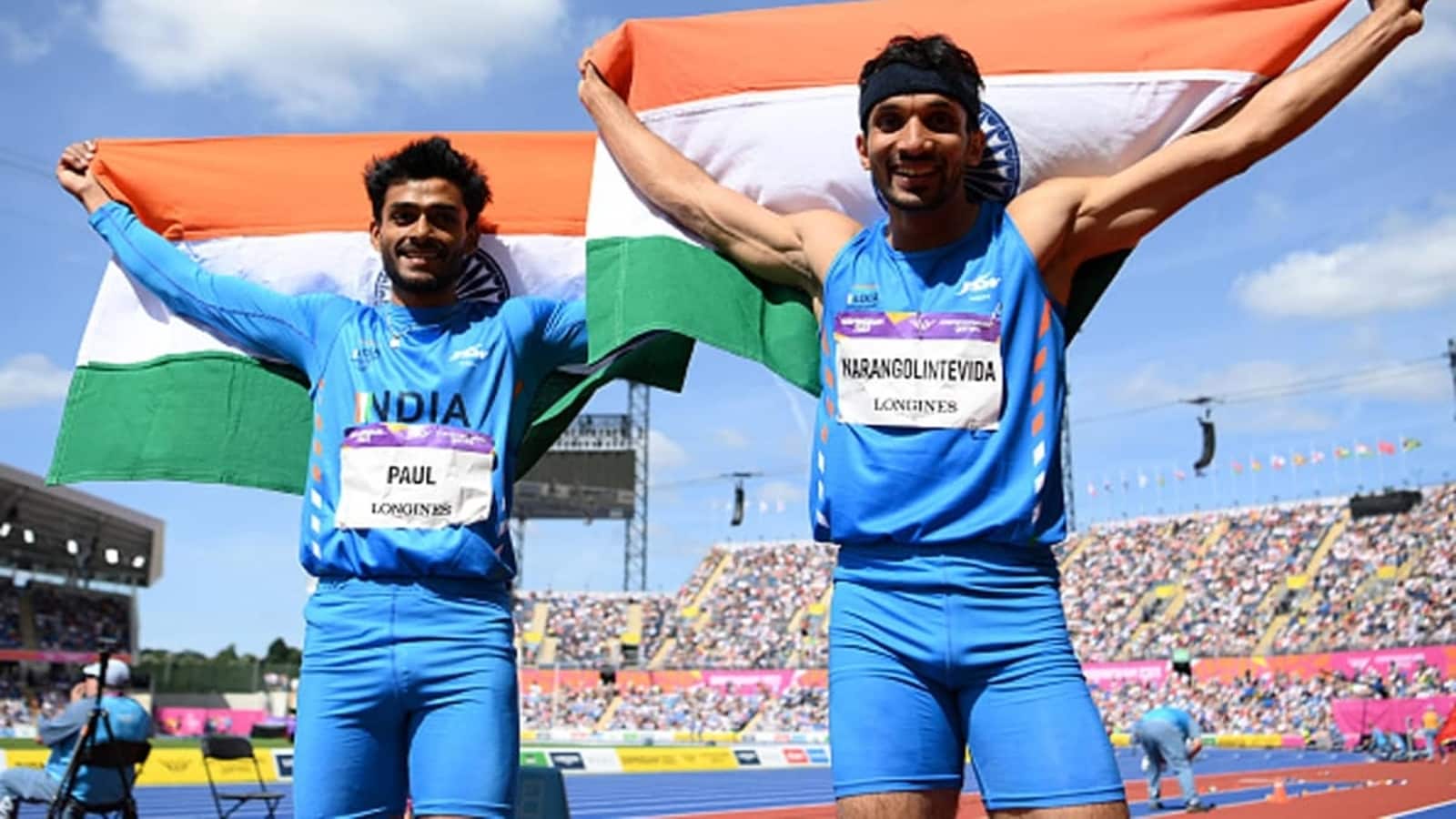 n the run up to the Commonwealth Games in Birmingham, Eldhose Paul and Abdulla Aboobacker weren’t happy with the way they were doing. The world championships in Oregon did not go as they wanted. Aboobacker was unhappy with his performance while Paul, despite reaching the final, realized that a technical problem was preventing him from giving his personal best.

With overseas coach (jumps) Denis Kapustin unable to travel with the team to Birmingham due to a visa delay, they were pretty much on their own. They knew a jump over 17 could put them in a medal position, but a technical correction was the need of the hour. Aboobacker had already jumped 17.19m this season, while Paul had touched 16.99m but were they able to do it all on the day of the final.

Paul had issues with his landing, but Aboobacker had bigger issues. Aboobacker was part of the Indian team that trained in Chula Vista, USA, three weeks before the Worlds and he didn’t have a triple jump coach to help him.

“He was doing his technical and track sessions on his own and there were some serious flaws that crept into his technique,” said Indian aerials coach and former international M Harikrishnan, under whom the two train. at Bengaluru national camp.

“He wasn’t getting good speed on the track and that’s because his hand movement was slow, which I noticed when he sent me a video. He was broken after Worlds and unconfident, very worried about CWG. I had to motivate him a lot,” said Harikrishnan, who competed at the 2010 Commonwealth Games in the long jump.

It was then that Harikrishnan started having technical sessions online with the two of them. He would connect via video call to the United States and oversee their training until the early hours of India time. “I used to start at 1am here and used to be on video call for three hours overseeing their tech sessions.”

“I always gave them a plan for the day, but doing it alone could be difficult. Paul’s visa was delayed so he was working in the national camp and did all his technical sessions and speed sessions before leaving for the Oregon. He had minor issues with his landing and we rectified that. With Abdulla, it took more sessions to get it right,” he said.

Even on the day of the final, Harikrishan was online with long jumper Muhammed Anees Yahiya who sat in the stand near the jumpers and relayed the coach’s instructions to them. Harikrishnan has been coaching Aboobacker since 2018 as an Air Force coach while Paul joined in 2020. Having worked with them for a long time, he knows their strengths well.

“Abooobacker is a fighter, aggressive with his jumps. He has good speed. He just needs encouragement and he will do his best. Eldhose is good with its rebound ability (ground contact time). He’s like a rubber ball.

“I told them the first jump had to be a safe jump and give it your all from the second. But Eldhose wasted his first chance but luckily he was back on track from the second jump and got his best in the third (17.03m). I’m just relieved that all the hard work paid off.