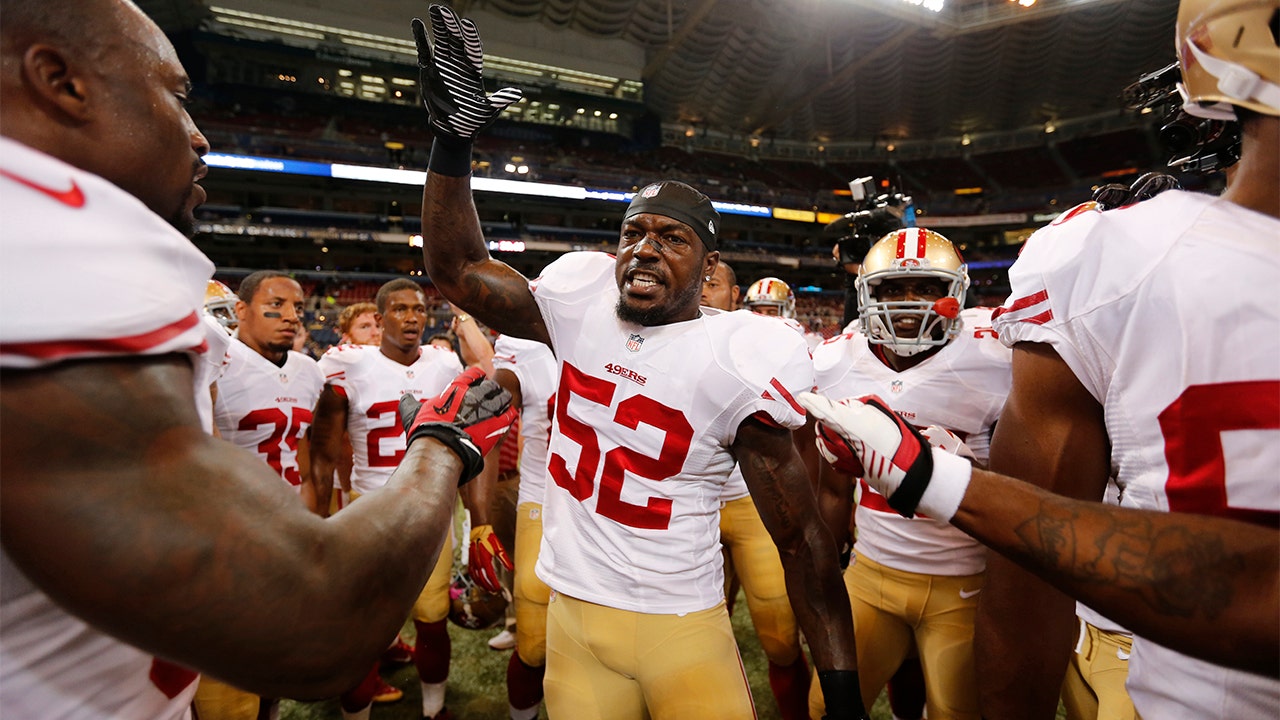 Find out what clicks on FoxBusiness.com.

A sports tech company taps into well-known coaches to help athletes learn and hone their craft in the digital age.

The platform, called CoachTube, allows coaches to post instructional videos online that athletes — or even other coaches — can purchase to improve in their sport.

“At its core, CoachTube is for anyone who wants to get better at sports,” CoachTube CEO and Founder Wade Floyd told Fox Business in a recent interview. “From the athletes themselves, to young parents to professional coaches. There is a wide range of instructional and educational videos available for all levels of interest and ability.”

The platform has seen immense growth as sports have been shut down during the coronavirus pandemic, Floyd said. The pandemic has helped change people’s behavior through virtual technology.

A COVID-19 warning and prevention message outside the stadium prior to a game between the New England Patriots and New York Jets at Gillette Stadium on January 3, 2021, in Foxborough, Mass. (Adam Glanzman/Getty Images/Getty Images)

“Our users have been hooked. For a while most sports have been closed so you are limited in terms of training and ability to compete. Hungry athletes and coaches have spent much of the pandemic on CoachTube to improve their knowledge of the game,” Floyd said. “With the extra time, we’ve seen a significant increase in the number of coaches who have taken that extra time to create lessons to help other coaches and players. The concept of doing things remotely has definitely helped CoachTube, in especially with older generations realizing how much of an impact this can have.”

A major draw for coaches using the platform is the fact that they can retain ownership of their content and the majority of revenue generated.

“Before CoachTube existed, there were only companies that filmed the coaches and then owned the content and gave them a very small royalty at best,” Floyd said. “Coaches were shocked when they did something on CoachTube that they not only retain ownership, but a big chunk of the majority of the revenue.”

As of Friday, CoachTube had over 5,655 courses available from over 1,400 creators on the platform. Floyd said it benefits coaches because they don’t have to focus on running or marketing a business. They can just coach.

“We give creators all the tools and technology they need to help make a bigger impact online with an embedded audience of hundreds of thousands of users hungry for what they provide,” he said. declared. “For athletes, they can learn just about anything they need to help them reach their potential from the coaches they trust.”

Willis told Fox Business he’s been considering using the platform since the day he retired from the NFL in 2015, calling it “right up my alley.”

“There’s no way I can go out every day of the week and get into traffic and try to touch every kid in person,” Willis said. “The next best thing after that was to bring content and knowledge to a platform. I have content – how do I publish it?”

SPORTS MEMORIES ARE NO LONGER YOUR FATHER’S COLLECTIBLES

The baseball offerings include instruction from famed pitching coach Tom House, described as the “father of modern pitching mechanics.” As for basketball, notable offers include lessons from Dallas Mavericks assistant coach Sean Sweeney and another from Brooklyn Nets head coach Steve Nash.

Brooklyn Nets head coach Steve Nash reacts after a foul was called on one of his players in Game 4 of a first-round playoff series against the Boston Celtics at Barclays Center on April 25, 2022, in the Brooklyn neighborhood of New York. (Elsa/Getty Images/Getty Images)

Last year, CoachTube announced that it was also offering student-athlete tuition in a variety of sports following recent NCAA rule changes that allowed college athletes to earn money through their name, image and likeness (NIL).

In a press release last year, Floyd said the company aims to be the No. 1 earner for student-athletes.

“We built CoachTube to enable coaches and athletes to succeed, not to exploit their brand for profit,” Floyd said at the time. “I can’t think of a better way for athletes to make money from their name, image and likeness, than teaching what they love to those who look up to them.”

Floyd told Fox Business that the idea for CoachTube came about after struggling with drills and workout plans while coaching youngsters in baseball. Floyd said he was looking for a place online where he could learn from other coaches, but “couldn’t believe it didn’t exist.”

“All I found were dozens of random music video sites, but nothing where I could search for hundreds of courses from different creators with reviews. At the same time, I was obsessed with learning in line from my old company, where I bought thousands of dollars worth of business lessons myself,” Floyd said. “I just started calling top coaches who had clips on sharing sites of videos as well as those who sold DVDs, and they said to me: “This is exactly what we are looking for. That’s all I needed to hear and I launched a beta a few months later.”

The sports education platform was officially launched in March 2015 and is based in Austin, Texas.

Floyd said the biggest challenge facing the platform is gaining “critical mass” in a new sport. But with more than 600 million athletes and coaches worldwide, he thinks the business is just getting started.

GET FOX BUSINESS ON THE ROAD BY CLICKING HERE

“Instead of becoming the platform to teach and learn sports — think Amazon for sports training — we will continue to listen to our users and give them exactly what they crave,” Floyd added.